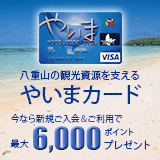 Since new Ishigaki airport opend in 2013.it become easire to get to ishigaki island(the geteway to the Yaeyama Island) be cause of increasing of airline routes.With a plentiful 20 roundtrip flights running daily between Ishigaki and Naha, it is also convenient to travel to Ishigaki by transferring from one of the Naha-bound flights departing from all over the country.
High-speed boats and ferries run regularly from Ishigaki Island to each outer island, and Yonaguni Island is also accessible by flight. 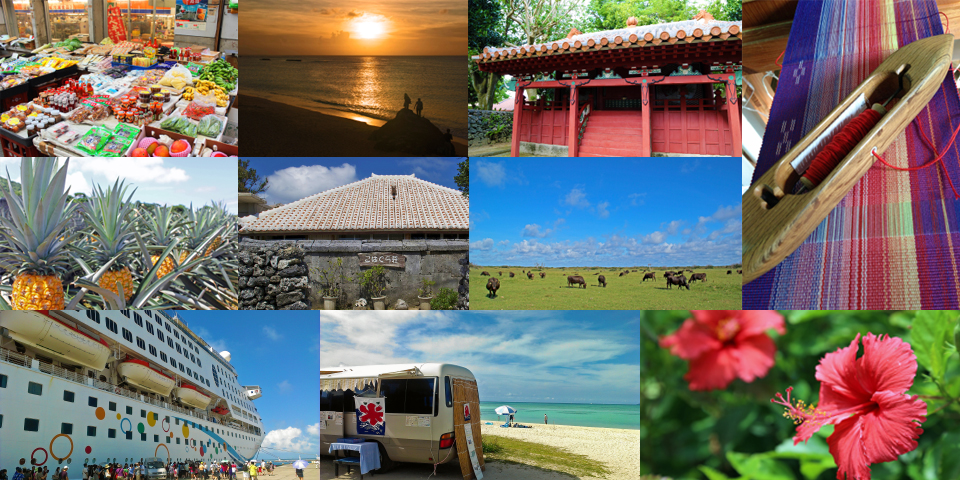 Ishigaki Island is located in the center of the Yaeyama Islands and is home to around 88% of Yaeyama’s population, making it the economic, political, tourist, and cultural center of the archipelago. It is located at Japan’s westernmost and southernmost tips.

Ishigaki has a subtropical marine climate with a warm average temperature of 24.0°C and a high average humidity of 77%. Due to the Kuroshio Current running around the islands, changes in temperature are very minor. Surrounded by the deep blue sea filled with coral reefs, the island boasts rare wildlife, a unique ecosystem, and natural landscapes, as well as cuisine and scenery nurtured by the subtropical climate that cannot be found in mainland Japan. Home to numerous nationally designated natural monuments, the island is a treasure-trove of nature.

At the center of Ishigaki Island, Mt. Omoto rises tall. It is Okinawa’s highest peak at 526 meters. The mountainous area holds an abundance of subtropical trees, and on the plain you will find an expanse of sugarcane fields and green pastures as far as the eye can see, as well as grazing cattle and tropical fruits soaking up the sun. The surrounding ocean is known worldwide as one of Japan’s signature dive spots and is visited by many divers throughout the year. In the Shiraho Marine Park Zone, you will find amazing underwater views featuring the world’s largest community of blue coral.

The core area of Ishigaki is the Ishigaki Port and downtown area on the southern edge. From here you can travel by bus to other parts of Ishigaki, or by regular boat route to other islands such as Iriomote and Taketomi. While downtown Ishigaki is urbanized with hotels, restaurants, supermarkets, and convenience stores, step into the neighboring residential area to glimpse homes roofed with Okinawan akagawara red tiles, vibrantly colored flowers common to the subtropics, and the dense green of the Fukuji trees (Garcinia subelliptica) welcoming you to feel the relaxed Yaeyama lifestyle. The shopping arcade in central downtown is a must-stop destination. Here you will find a public market packed to the brim with fruits, vegetables, fish, and other local Yaeyama foods, including many subtropical rarities ? a great way to experience the culture of everyday life in Yaeyama.

Taketomi Town is an island town belonging to the Yaeyama Islands that is made up of nine populated islands and seven uninhabited islands.

This scattering of islands is rich in nature and traditional culture. On Taketomi Island, a traditional Okinawan townscape remains with akagawara-tiled roofs, star sand (hoshizuna), water buffalo carts, and roads of white sand. Iriomote Island, Okinawa’s second largest island, is home to many protected species such as the crested serpent eagle and the Iriomote cat, and it harbors a great expanse of nature with 90% of the island densely covered in subtropical virgin forest. Kohama Island, with its vast sugarcane fields and pastures, was the filming location of the TV drama Churasan (The Promise to the Chura Sea). Hateruma Island, Japan’s southernmost populated island, is the home of Nishihama Beach, which was selected as “Japan’s Best Beach” in 2012. Kuroshima Island is predominately pasture with the exception of its five villages and is inhabited by far more cows than people. Hatoma Island, surrounded by the coral-filled sea, is a peaceful retreat that will make you forget the passage of time. Aragusuku Island, also known as “Panari,” is a mysterious island steeped in mermaid legends, and Yubu Island offers access by water buffalo cart.

The lunar calendar is still used widely on the islands.
Visiting these islands will give you the chance to experience the time flows under the old lunar calendar, which is based on the workings of nature.

Sekisei Lagoon (or Sekisei-shoko), the body of water encircled by Iriomote, Kohama, Kuroshima, Taketomi, and Ishigaki Islands, is the largest coral reef area in Japan as well as one of the largest in the Northern Hemisphere. The islands scattered throughout the lagoon (Kuroshima, Taketomi, Kohama, Aragusuku, and Nakanougan Islands) are designated as national parks.

More information on Taketomi can be found at the Taketomi Town Tourist Association.

Located at 24°27’00”N and 122°56’04”E, 509 km from Okinawa’s main island and 1,900 km from Tokyo. Yonaguni is situated on the national border, 127 km from Ishigaki Island and 111 km from neighboring Taiwan.
Yonaguni Island is a small island with a circumference of 27.49 km and area of 28.95 km2, and as it is Japan’s westernmost tip, it is the last place in Japan to see the sun set.
The surrounding open sea gives harsh waves,which means hard to voyage.so Yonaguni was called “Donan”.(difficult to cross)
The island has three villages : Sonai on the northern coast, Kuburu on the western coast, and Hikawa on the southern coast.

Yonaguni Island have a spectacular abundance of nature which created by the riptide of the Kuroshio Current. You can see hammerhead sharks while trolling for marlin or diving in this area recognized worldwide as one of the best diving and trolling spots.
You can also the submarine ruins which are legendary and magnificent, measuring 100m long and 60m wide.
Additionally, the island is the breeding location of the Yonaguni horse, an indigenous Japanese horse designated as one of the island’s protected species. Yonaguni is also home to the world’s largest moth, the Yonaguni san (called ayami habiru locally), which can be found in Japan only on Yonaguni, Iriomote, and Ishigaki Islands. The entirety of Yonaguni Island is designated as a protected zone for the species.

This island located on the Kuroshio Current, a wealth of culture lives on to the present day. Its nature, culture, and history create an enchanting atmosphere not found on any other part of Yaeyama.

More information about Yonaguni can be found at the Yonaguni Island Guide Page.